The Importance of criticism 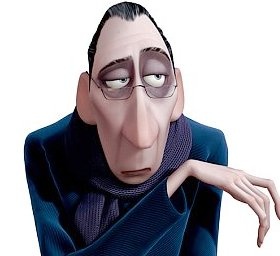 Over the last few weeks I’ve been running a survey on the New Zealand Burlesque Festival to get some feedback around how different groups enjoyed (and not so much) the festival. When the answers started coming in, I have to say I took it quite personally to start with. Hubby and I put in over 1000 hours of work into this and people were criticizing it! It was difficult to read but I had to take my own advice and change my perspective. For starters, I actually asked them to criticize it! Hell, I’ve criticized it myself for the last 4 months going over everything that went wrong, everything we could do better and all the emotion that I felt for it. Although there wasn’t much we hadn’t already considered, it was still hard having someone else telling me what I did wrong. I couldn’t understand it! I wanted to reply to them, explaining how come things didn’t happen as they were planned, giving them insight into the behind the scenes, the resource let downs, etc… not to excuse it but to explain that even the best laid plans sometimes turn pear shaped when one factor changes (I have mostly resisted the urge so far though… just). But at the same time it’s was good to know that we were on the right track with what needed to be remedied, and not wrapping ourselves in cotton wool pretending everything was alright.

It made me think, “Why is it so hard to take criticism?”. The answer I came up with was that when you put so much time, effort (and money) into something, having it pointed out to you what you did wrong it’s just plain and simple… it sucks!. It makes you feel terrible and question why you should continue to do what you do. It’s easy for people to focus on the negative things and not the positive after all it’s the way the human brain is wired up- it’s a primal instinct. But really it shouldn’t suck. It shouldn’t be hard to take. You shouldn’t question yourself and your passion because of criticism. Ultimately, it is a very important part of the creative process, any process, to take and apply criticism. Because at the end of the day, criticism can only lead to improvement.

To be honest, anyone in the creative world is open to criticism. When you put yourself out there, whether performing, producing art, writing books, anything that is in public view, you’re opening yourself up to criticism. And remember, you will never please everyone. Everyone has an opinion and not everyone has the ability to keep theirs to themselves

It’s unfortunate that the delivery of some criticism is commonly done so in a way that the opportunity to learn from it is masked in a thick film bitchiness.  It needs to be peeled back to an unemotional statement based around actions (objective) and not the individual (subjective). As I read responses I’ve had to separate myself as an individual, and remember that people saw us as an organisation, not a person – Faceless, unemotional, outcome driven – and that’s the same way I had to look at those responses. I also have to remember to apply the same method of thinking when criticising myself.

Lesson #1. Control your feelings whether anger or disappointment. Criticism can be constructive and positive. But it can also feel painful, embarrassing and personal. Recognize your initial feelings and then put them aside so the noise doesn’t crowd out your hearing.

I remember the first review I ever received about one of my performances. The reviewer marked my performance as unrehearsed and sloppy. I was fuming! I swore,  I screamed, inside I was heartbroken and I tore down their credentials (which, ironically it turns out, they didn’t have any). But then I realised that there was truth in what they had said. It was sloppy. I had thrown the routine together in three days and not rehearsed it enough. To be honest it wasn’t that great of a routine anyway and I haven’t performed it since.

Lesson #2. Look beyond the delivery and listen to the message. Even if the feedback is delivered poorly, it doesn’t mean it’s not valuable and insightful. People mostly suck at communication. Avoid confusing the package with the message.

As a result of that review, I didn’t get sad. Instead I got the best revenge and experienced the magical feeling of spite! I thought “I’ll show you” and I worked harder on future routines and my performance style until the next review when they had to eat their previous words. They described my performance as “surprising as it was coordinated” along with my style of burlesque being appealing.

But had I not been able to separate my emotional reaction I may never have unveiled the opportunity for improvement. I might have continued to be sloppy and unrehearsed. I wouldn’t have become Miss Burlesque New Zealand in 2013. I chose to look beyond the opinion and look at the facts behind it; how I could use it to improve what I was doing. Everyone sees something different, and in this business, everyone has an opinion!

Lesson #3. Don’t agree or disagree. Just collect the information. Feedback is useful information about how someone perceives your performance/work of art etc. Let go of the need to respond immediately, get into a listening mode and fully understand what is being said. Probe for more data. Ask for examples. Even ask for suggestions. Then thank them and say you’ll take it into consideration.

Criticism comes in the form of both constructive, positive and negative. Whatever they like, whatever they didn’t, it doesn’t mean you have to agree with a persons opinion/criticism of you, but sometimes, there’s a lesson to be learnt. You might have to sift through some bullshit to find it, but it may be worth it… after all… who said criticism had to be an ugly word? 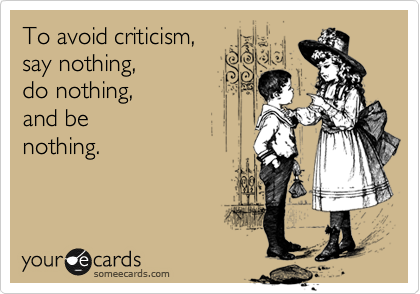 The final word: If all else fails, remember the words of Anton Ego (character from the Disney movie Ratatouille

“In many ways, the work of a critic is easy. We risk very little, yet enjoy a position over those who offer up their work and their selves to our judgment. We thrive on negative criticism, which is fun to write and to read. But the bitter truth we critics must face, is that in the grand scheme of things, the average piece of junk is probably more meaningful than our criticism designating it so. But there are times when a critic truly risks something, and that is in the discovery and defence of the *new*. The world is often unkind to new talent, new creations. The new needs friends.”

One thought on “The Importance of criticism”